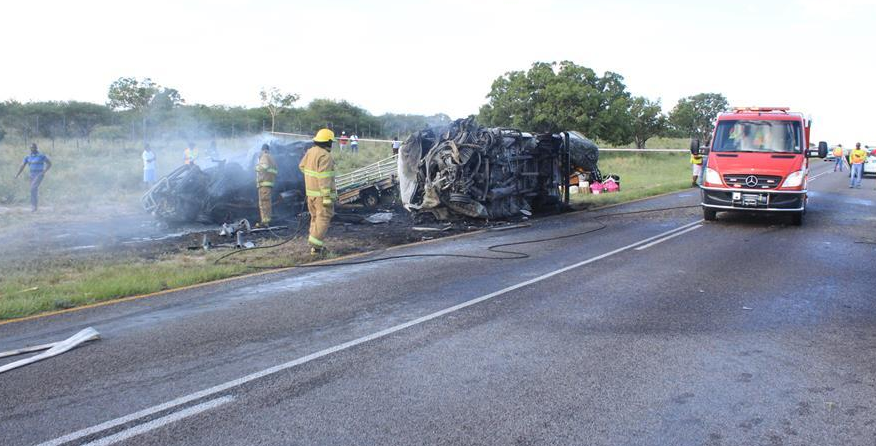 Tsumeb – The people that died in head on collision car accident between Tsumeb and Otavi on Sunday afternoon are finally identified as Michael Shishiive Holongo 36, Martha Shishive 36, Flora Sheendelwako 5, Ferdina Sheendelwako 3 and Leticia Martin 2. All the deceased were travelling in VW Polo Sedan and their next of kin are informed and the police investigation continues. No death was recorded from those travelling in Iveco, but a driver sustained serious injuries and were rushed to hospital.

The deceased are couples and their three kids. They died instantly at spot when the Iveco allegedly was trying to overtake and collided head to head with their VW Pollo on Sunday afternoon.

The Police Spokesperson Kauna Shikwambi warned the motorists to adhere to the road safety to save innocent lives and urged the public to be vigilant when they closing the road.