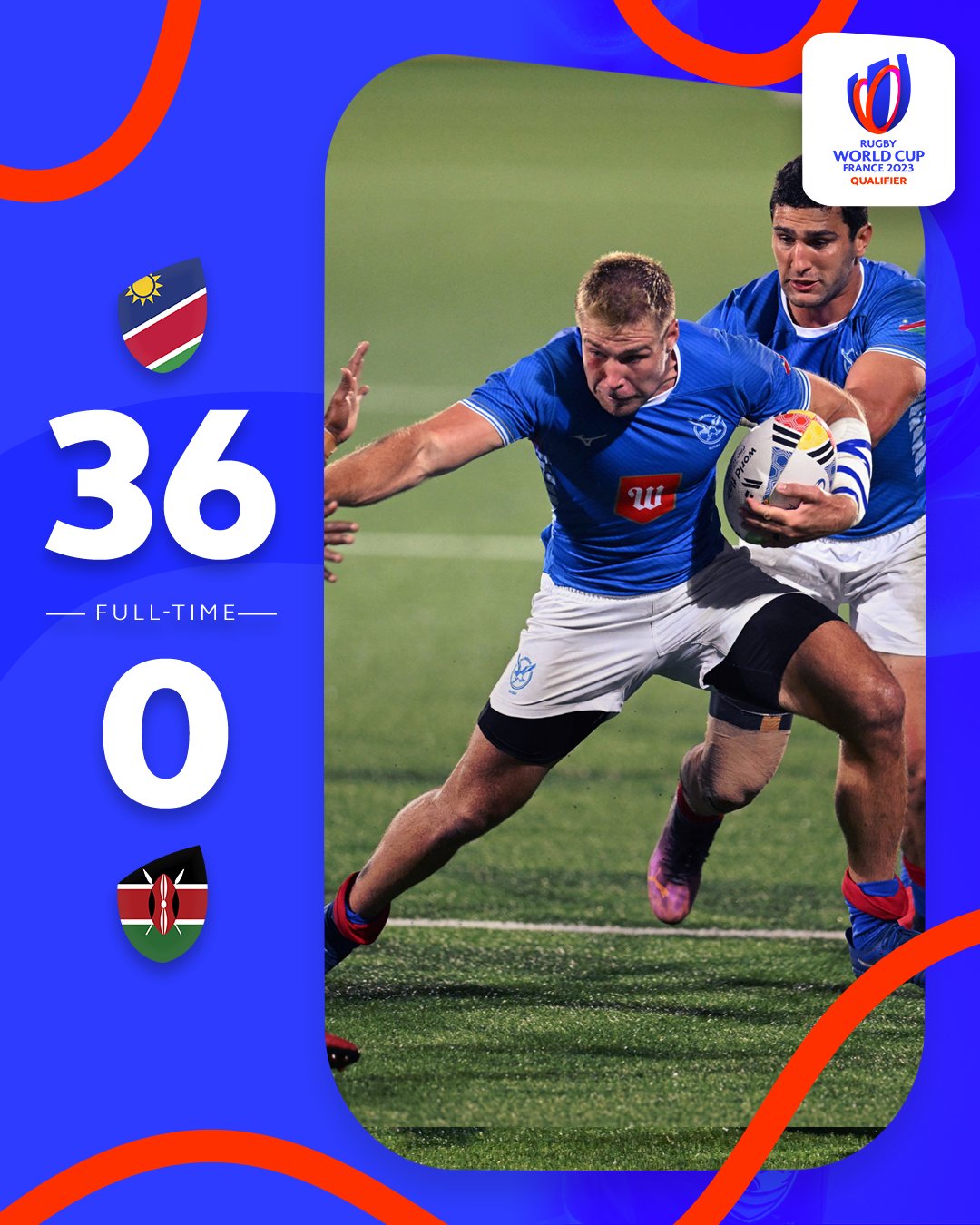 By Enny Iita
Namibia win Rugby Africa Cup by beating Kenya 36-0 in the final of the Rugby Africa Cup 2022 in Aix-en-Provence France. As a result Namibia qualifies for the Rugby World Cup 2023.
They will join hosts France, New Zealand, Italy and Uruguay in Pool A of the tournament which will take place next autumn.
The Welwitschias have been in fine form in the south of France, winning their quarter-final against Burkina Faso 71-5 before a 34-19 defeat of Zimbabwe in the last four encounter at Stade.
Welwitschias will make their seventh Rugby World Cup appearance in France next year after they beat Kenya in the Rugby Africa Cup 2022 final.
The first half was one-sided, with Namibia putting on an incredible amount of pressure to lead 15-0 at the break, despite the strong support of the Kenyan fans in the stands.
Against a Kenyan side that never gave up, Namibia pushed forward with two tries in quick succession in the last two minutes of the match through Wian Conradie and captain Johan Deysel, just under the posts.
Victory ensures that Namibia will return to France next year for Rugby World Cup 2023, where they will take their place in Pool A as Africa 1.
Namibia will kick off their RWC 2023 campaign against Italy in Saint-Étienne on 9 September, before playing three-time Webb Ellis Cup winners New Zealand in Toulouse six days later.
Next up for Namibia is a match against hosts France in Marseille on 21 September. They will bring their Pool A campaign to a close against Uruguay in Lyon on 27 September.
Kenya’s RWC 2023 dream is not over, as the Rugby Africa Cup 2022 runners-up will now take part in the Final Qualification Tournament in November.