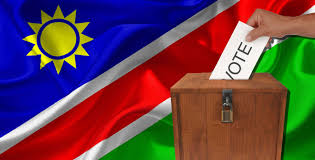 Landless People’s Movement (LPM) parliamentarian Utaara Mootu said the country is desperate for change, and the hope would be for a coalition administration at national level.

Mootu said opposition parties have to talk about their different ideologies and have a strategic plan if a coalition at national level is of interest to them.  She attributed failed coalitions at local authority level to political parties not wanting to work together, but added the constituencies are on the receiving end of this as no development takes place.

Party president Henk Mudge agreed that opposition parties in the country have to find a way to work together.  He emphasised the need to unseat the Swapo government, saying any other government would be better than the current administration.  I really hope political parties will sit down and very carefully consider the role everybody can play in a future government,” he said.

Mudge said the main objective of coalitions should not be for opposition members to obtain ministerial positions, but rather to focus on dealing with current scourges the country is faced with by considering the Swapo government’s shortcomings.

He was very optimistic about the possibility of a coalition at national level, saying if opposition parties are serious about taking the country forward, they can, as a coalition, win the 2024 elections.

Kazongominja said people are calling for opposition parties to set aside their differences and consider the people they are leading. “I am not saying this is going to happen, but if Swapo does drop below 50% support, there is a possibility of a post-election coalition in the National Assembly.