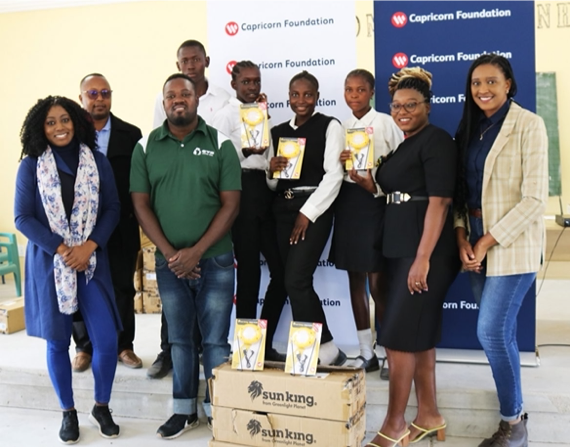 Three schools in the Ohangwena, Omusati, and Kunene regions recently received a donation from the Capricorn Foundation that included 671 solar lamps to make studying at home safe, effective, and possible.

With most learners in rural Namibia residing in shacks, learning after school is almost impossible due to long distances, household chores, or lack of electricity, among others.

The lamps will not only benefit the learner, but also other siblings in the home, which is often the case in rural households.