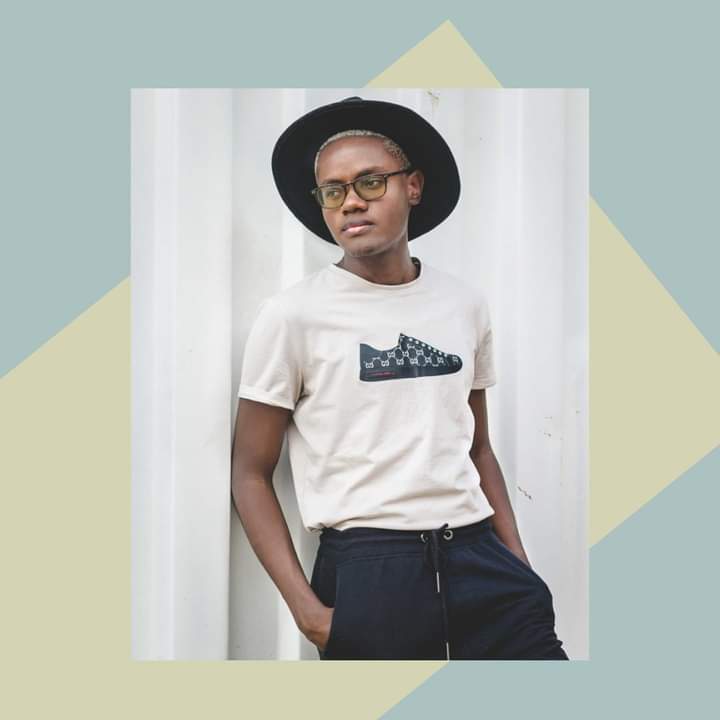 News Wave Media has a   media segment that focuses on fashion designers and trendsetters. NWM caught up with Garry Timotheus a fashion graduate from the University of Namibia, who is making waves in the fashion world. Born on the 28th of May 1997 in Windhoek. Timotheus moved to Opuwo when he was a toddler, he later relocated to Otjiwarongo where he spent most of his childhood. It came as no surprise, unlike many boys Timotheus found himself enjoying fashion more than sports, he was raised by a single parent in Tsumeb one of Namibia’s biggest copper and lead production town.

Thimotheus said that he always had a passion for fashion, he gleefully joked that he always found himself gravitating towards fashion. “For fashion designers to create garments they first must get inspired “he added, he further noted that he finds himself inspired by everything around him from, movies, the movement of people and events.

Every designer in the making has a specific designer they look up to and for Thimoteus it’s Alexandre Macqueen, he likes how distinctive his work is, he enjoys how bold his designs are, from the use of colour to the layering of the materials.Thimotheus finds himself at times taking inspiration from Macqueen to create his designs. He defines his style as something that is always changing, he likes strong compositions, defining it as something bold, loud, and vibrant. Thimotheus prefers using strong colour pallets for his designs as his designs are always full of details, he describes his style as something rare stating that most people are never in agreement when it comes to his design. Thimotheus would like to be known in the fashion industry as a designer that incorporates a lot of colours in his designs, as he is obsessed with colour, the usage of colour and how colour is used to convey meaning.

Thimotheus alluded that what he loves the most in fashion is the creative process, coming up with the designs he further went on to explain the creative process that includes a mood board to get more ideas to bring a collection to life. Defining fashion as something that is expressive, expressing yourself and your personality, giving an example of Gianni Versace as a designer that was expressive, Gianni always brought rock in his designs as a form of expression he said.

Thimotheus advocates for keeping the environment clean, he likes the fact that a lot of designers are using eco-friendly designs and hopes that other designers do the same, there is nothing as important as keeping our environment clean he added. He is all about inclusivity, allowing models of any size, colour and religion to wear his designs. Timotheus concluded his chat with us highlighting   how competitive the fashion industry is, and how scary it can become, it was a pleasure to chat with this fashionista and we wish him all the best.