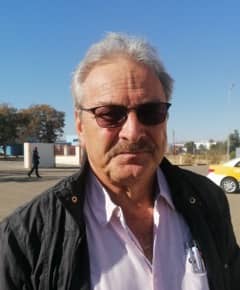 Namibia Football Association (NFA) on Thursday announced the appointment of Jochen Traut as an interim Secretary General for the period of 12 months.

According to the NFA media release, Jochen was a successful candidate from the interview that was conducted in early July. He accepted the offer that was made on the 19th July 2022.

“It is with great pleasure that Mr. Bisey /Uirab, Chairman of the FIFA Normalization Committee announces the appointment of Mr. Jochen Traut as the Interim General Secretary of the NFA with immediate effect,” the press release read.

Traut held several executive positions in his career. This includes being Chief Operating Officer at, the Communication Regulatory Authority of Namibia (CRAN). He also served in executive positions for prominent organizations such as Leo Namibia, Nokia Siemens Networks and MTC.

On a football level, Straut coached youth football at various levels in schools, helped set up the SKW Youth Football Academy and served on the Board of Governors of the Namibia Premier League (NPL) for a period of 5 years.

In recent years, NFA has been stuck by the struggle of power and allegations of corruption, a predicament that cost the collapse of local football league and failure to participate in the continental tournaments.

Traut will be responsible in leading the administration effectively and supporting the normalization committee by achieving their goals as mandated by NFA.

Traut is described as a well-rounded professional with a wealth of expertise in management, leadership and finance additionally he is outspoken as a forthright and a forward-thinking individual who operates well on all levels within a team and multicultural environment.